Meet the internet’s new hero, 75-year-old Terry Lauerman. He loves cats so much that one day he showed up at Safe Haven Pet Sanctuary in Green Bay, Wisconsin with a brush in his hand and asked the staff there if he could groom the cats. 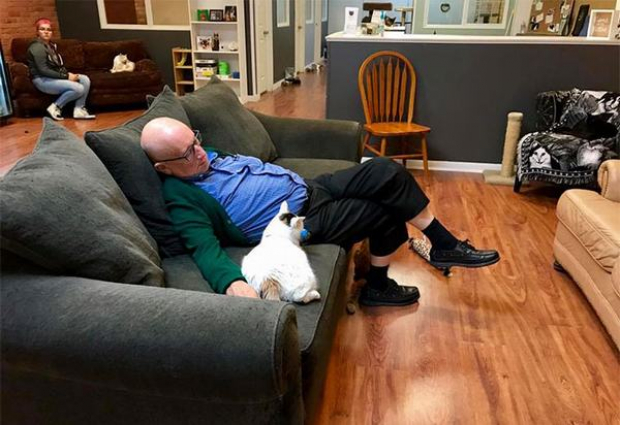 The founder of the shelter Elizabeth Feldhausen said that he just started to brush the cats immediately after he walked into the shelter. So, they decided to make the old man an official volunteer and asked him to fill out a volunteer form. 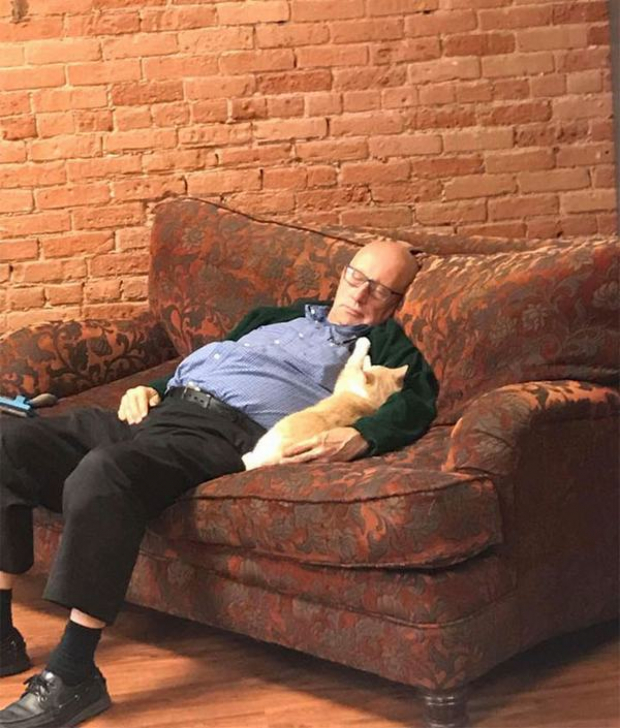 The shelter rescues disabled cats that would be at risk of euthanasia at other facilities and provides them with a cage-free environment. Feldhausen said that Terry visits the shelter for approximately three hours a day. He first brushes the cats and then he takes a nap with them. Then he wakes up and repeats the same process with different cats this time around. The shelter is grateful for Terry’s contributions. They made a post about Terry and his work at the shelter, and not surprisingly, the post went viral in no time. Thanks to the post and Terry, the shelter also managed to receive a lot of donations. 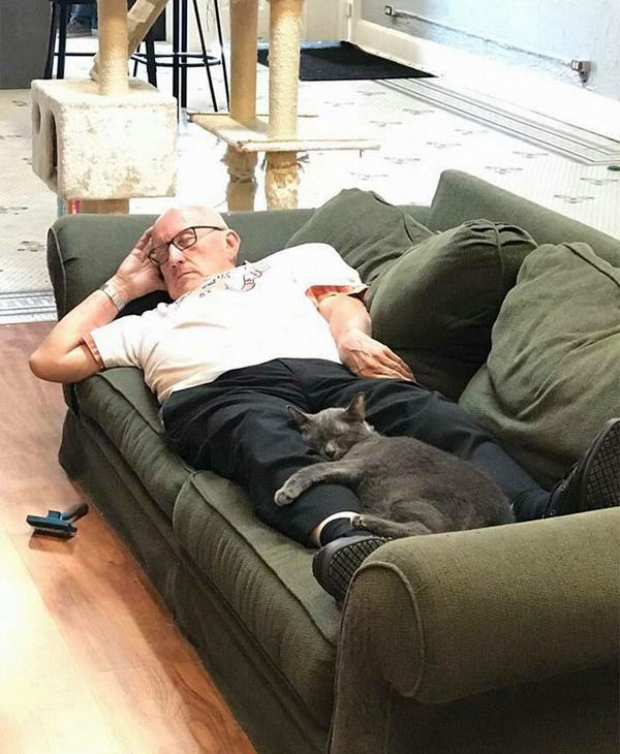 Elizabeth is obviously very happy about this situation. She said that normally they would get between $3,000-$4,000 per month, but thanks to Terry they managed to reach $30,000! This is especially nice for them since the shelter is solely relying on donations. They are planning to add more quarantine rooms with money, to save more cats more quickly. Some of the money will also go to vet bills, and re-insulation of the building so that they can be more energy-efficient this winter. The rest will be saved for emergency situations. 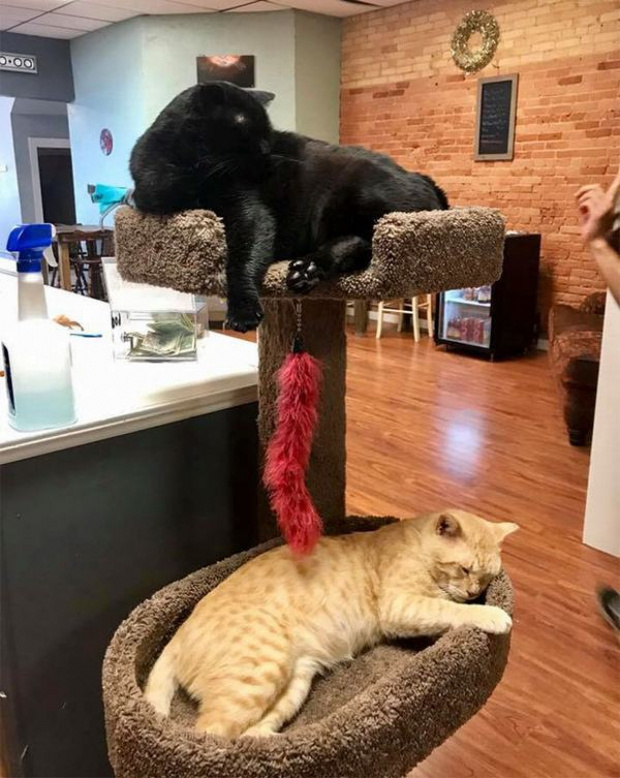 “We are so lucky to know Terry,” wrote the staff, along with a few photos of Terry napping with the cats. “He just showed up one day and introduced himself. He said he would love to brush the cats. Then he started to come every day. He knows all of the cats and their personalities. He also unintentionally falls asleep sometimes, but it’s okay for us. Cats love Terry, we all love Terry.” According to Feldhausen, Terry is especially good with another volunteer named Paula. “He thinks of her as the cat grandma,” Feldhausen said. “He wants to make sure that other volunteers that show the same effort as he does get credit too.”

Cats are adorable, they are fluffy, their bodies are super flexible, they have gorgeous eyes...These are some facts we all know about cats. But do you also know they are great when it comes to shape-shifting too? If you’re wondering what we mean by that, well...Have you ever looked at a cat and said something like “Oh, look at its expression!
© 2023 funnycatsworld.com, All right reserved.
Articles and visual content on funnycatsworld.com cannot be used without permission.