Freddie Mercury is one of the most iconic and greatest musicians to ever walk the face of the earth. His songs with his band Queen are such timeless classics that you can still hear them anywhere. With the success of the recent biopic Bohemian Rhapsody that tells the story of his life, younger generations also know his name and his contributions to music. One other thing worth mentioning about him is that he was also a cat lover. You can find 20 adorable photos of him with his cats in the gallery below. 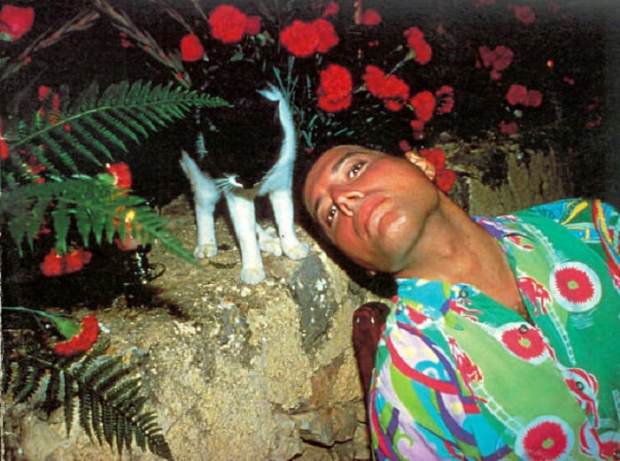 Freddie thought it was really important for his cats to be comfortable around the house so he let them run around freely when he wasn’t around. 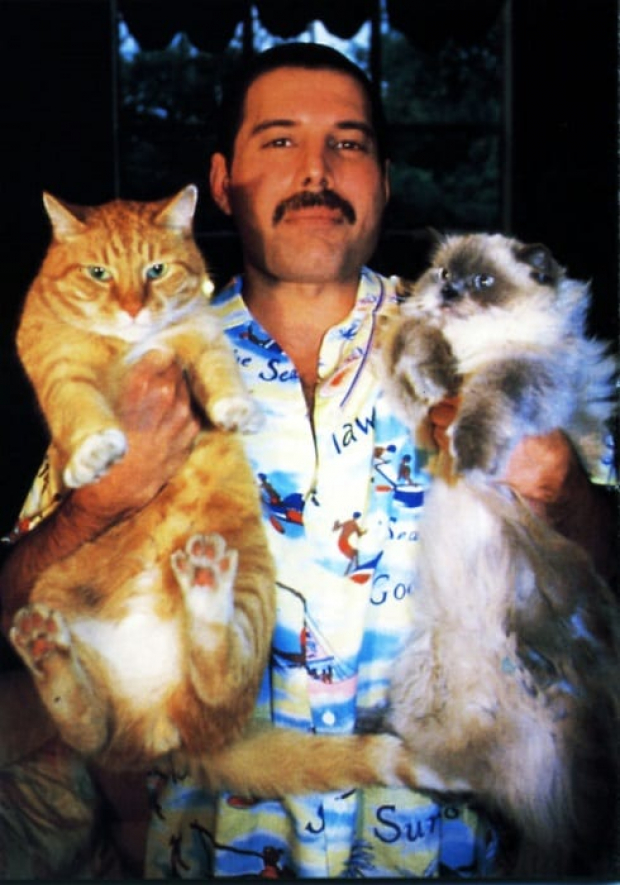 Freddie and his two darlings. 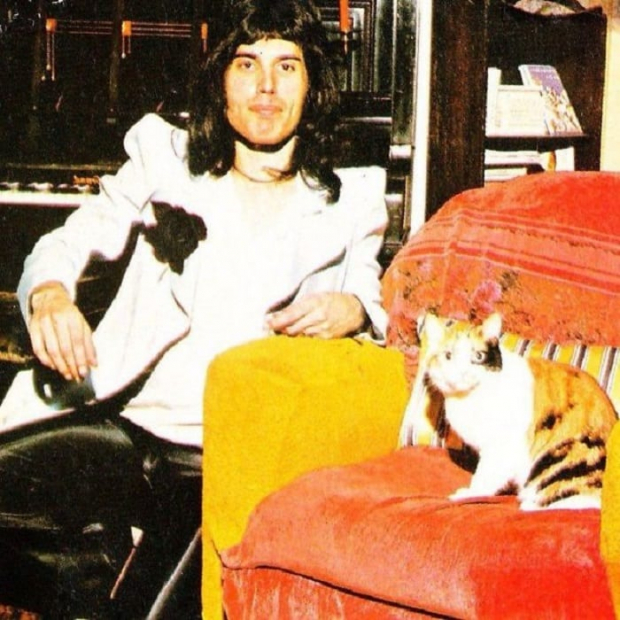 He was missing his cats so much when he was on tour that he was calling them on a special phone! 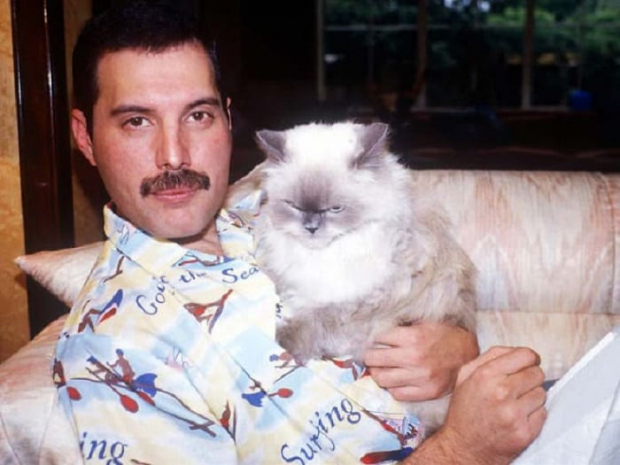 The cat doesn’t seem aware of the fact that its owner was a rock legend! 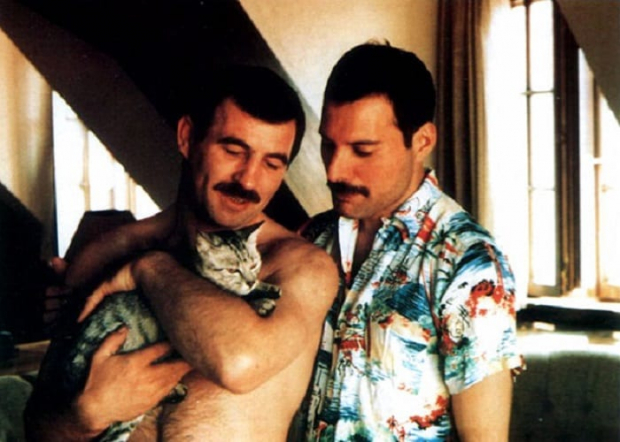 He was a true cat lover for sure. 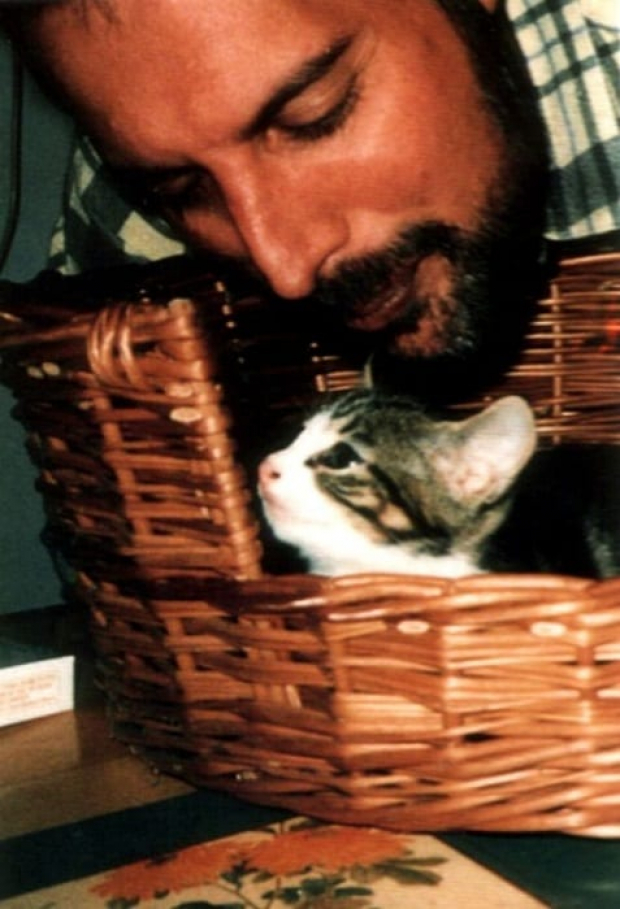 How cute this photo right here is, though? 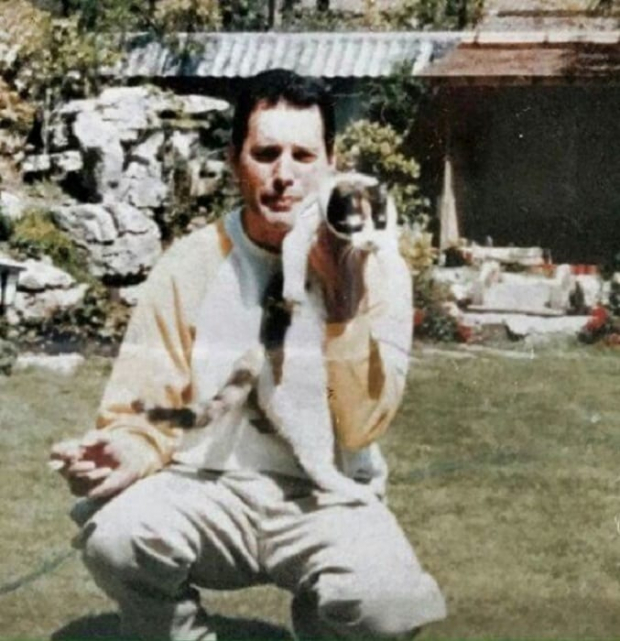 He loved cuddling his cats even when they weren't in the mood. 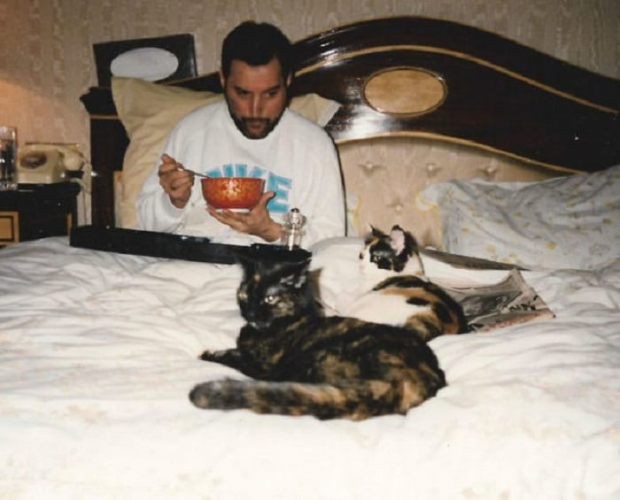 He has company when eating his breakfast. 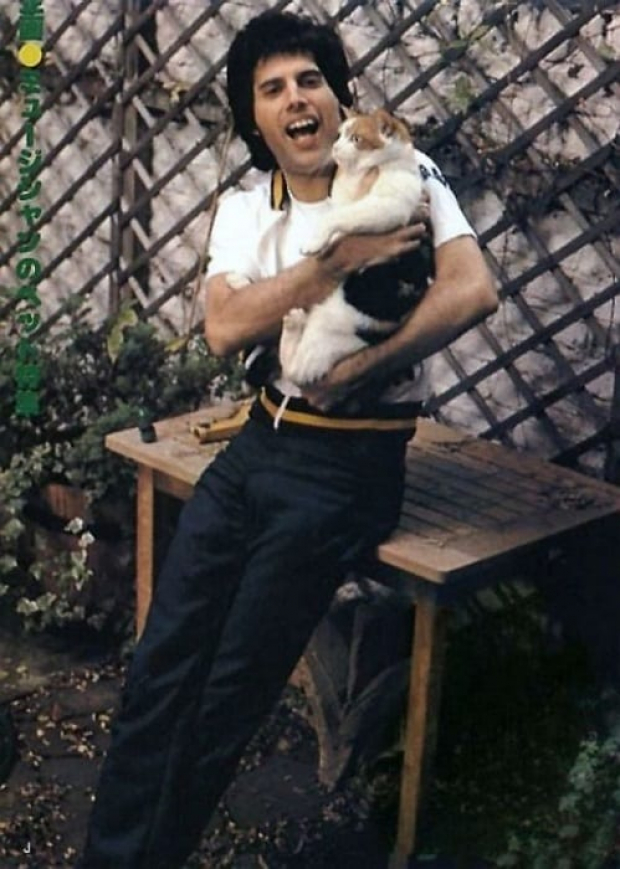 Freddie and his fluffy friend here spending time in the garden. 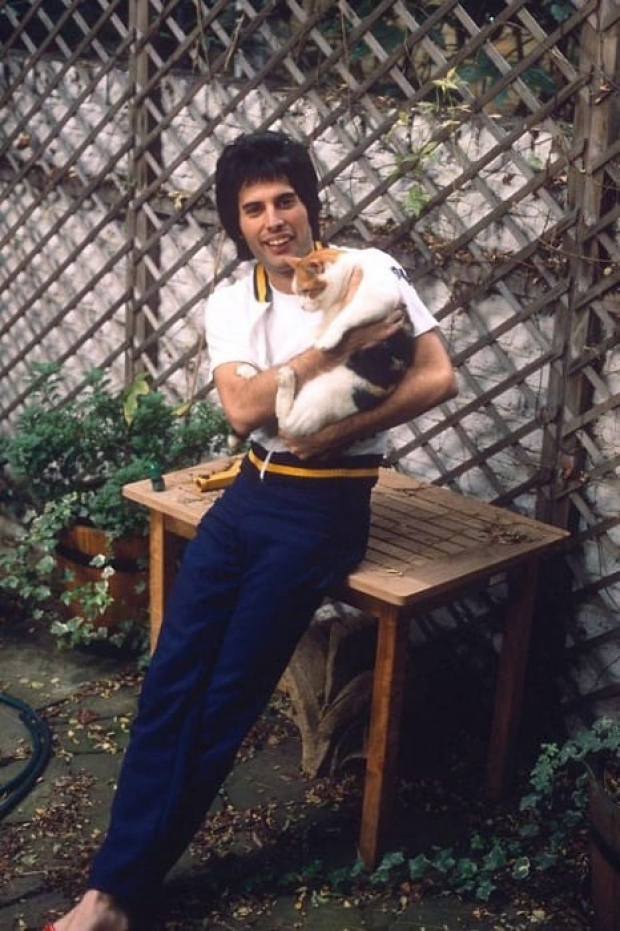 The rumor has it that Freddie had more than 10 cats over the course of his life. 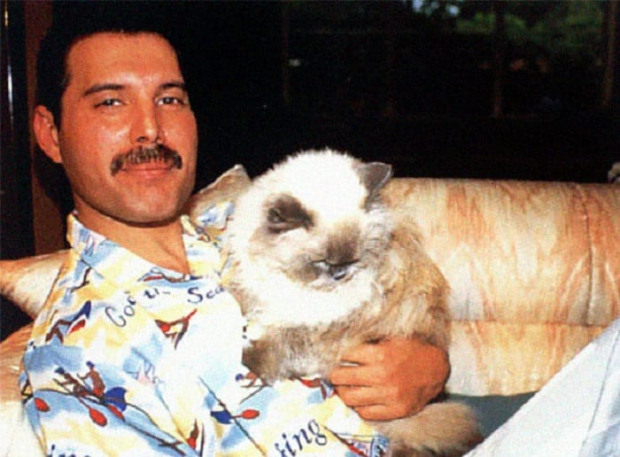 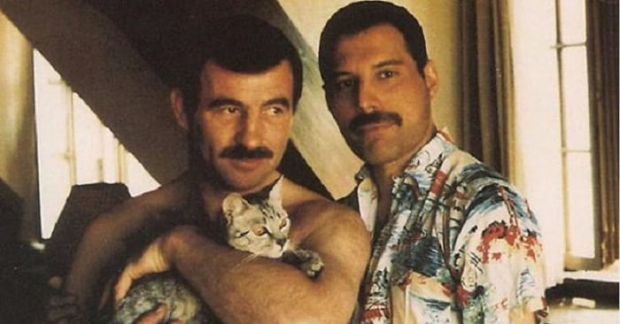 Fun fact: Mr. Nice Guy album was dedicated to one of his cats! 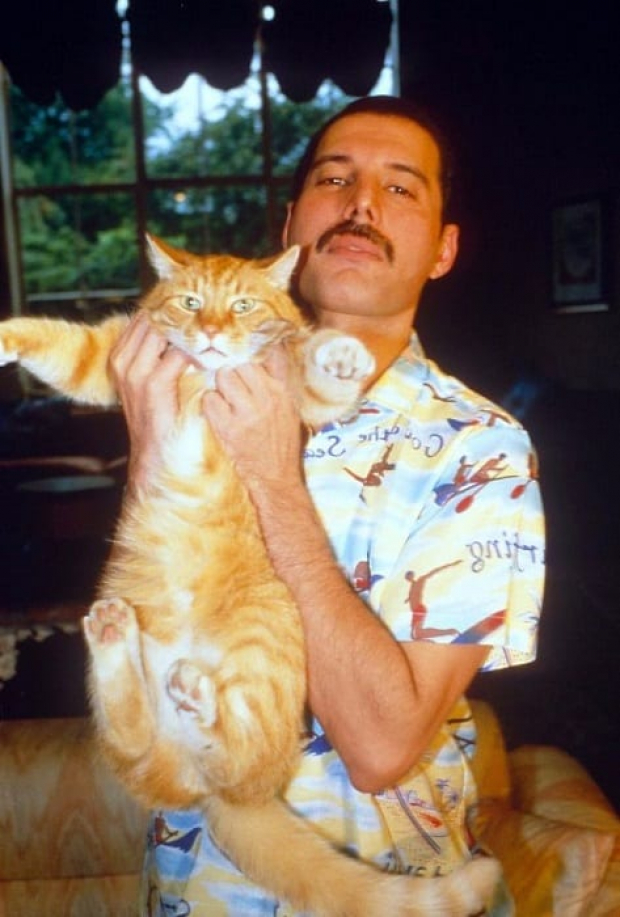 Mercury just couldn't get enough of these fluffballs.

He also dedicated another of his albums to all the cat lovers in the world. 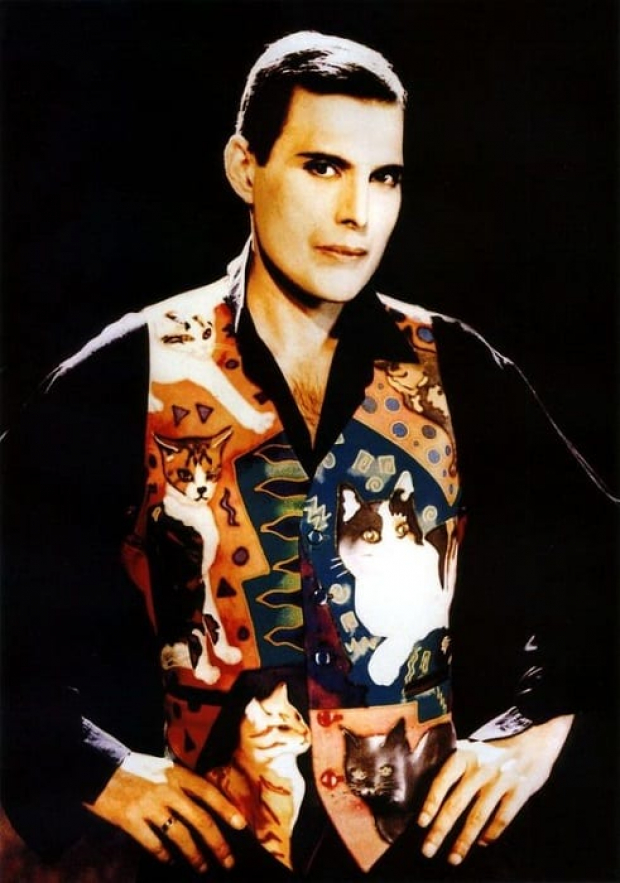 The vest you see in this photo was one of his favorite pieces of clothing. 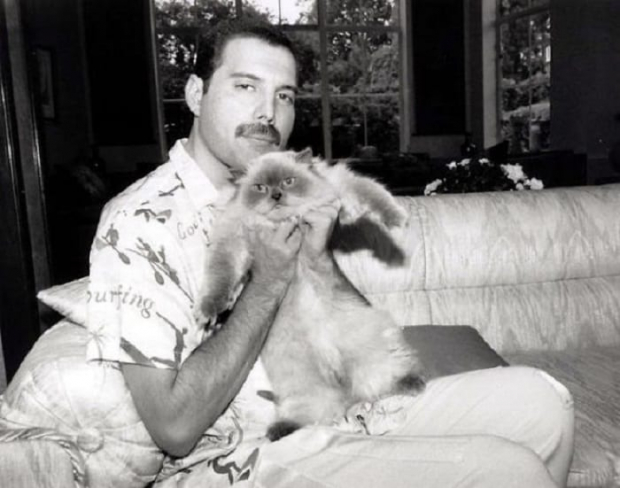 Rather than buying his cats from breeders, Mercury chose to rescue his fluffy friends. 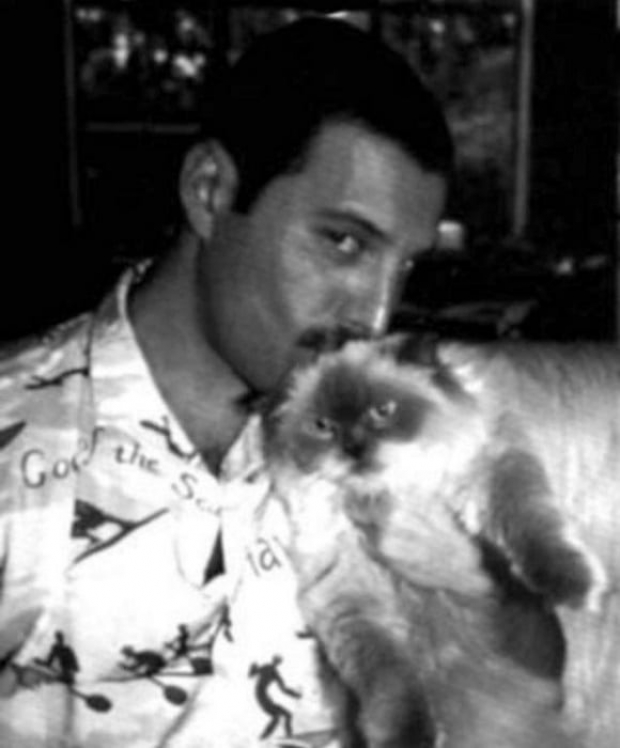 Cats gave him so much inspiration. 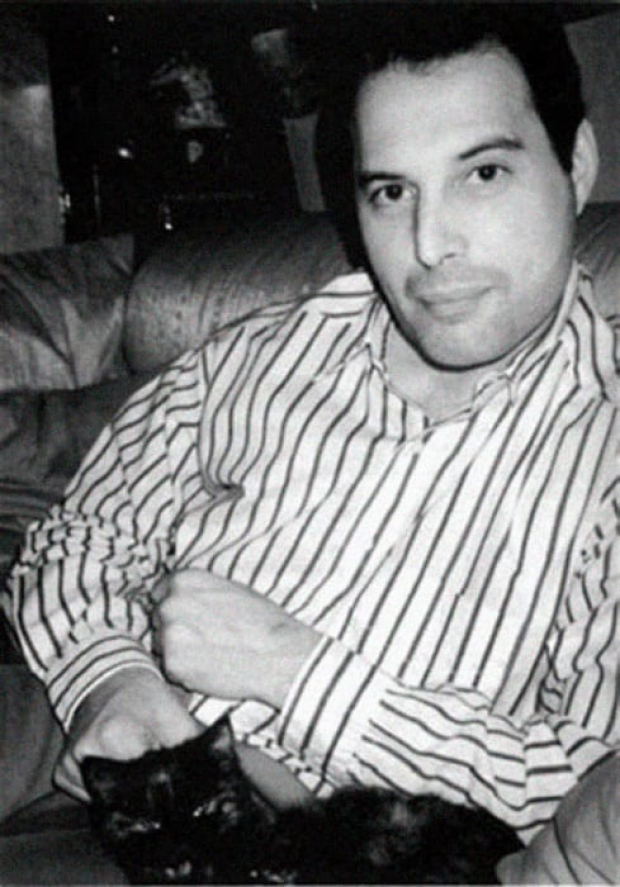 He was thinking of his cats as his children and he loved them equally. 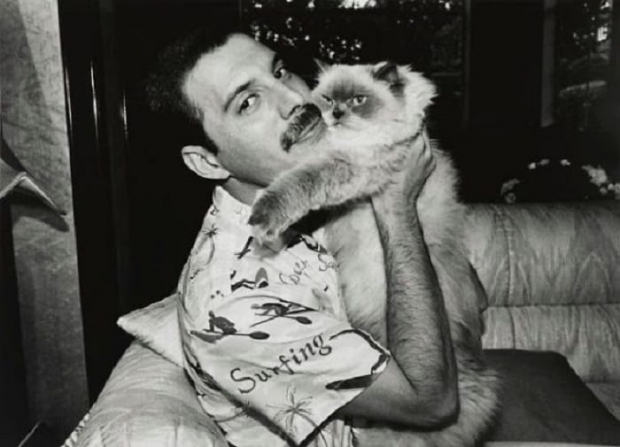 His house with his cats was his happy place. 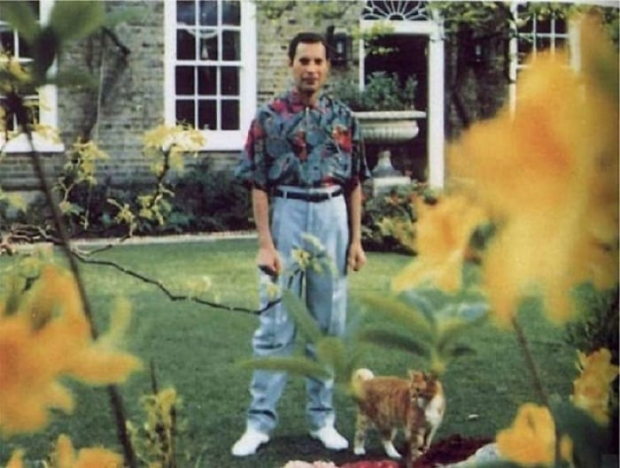 Yet another adorable photo of him with a cat in his garden.